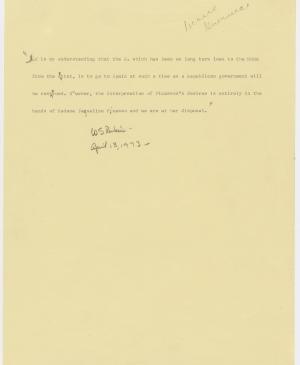 A note from William Rubin 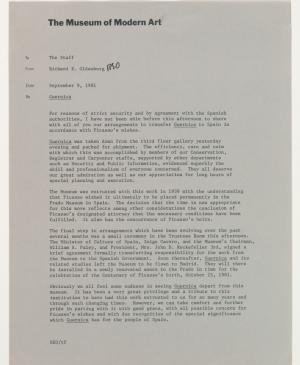 An internal letter from Richard E. Oldenburg to staff at the Museum of Modern Art, New York 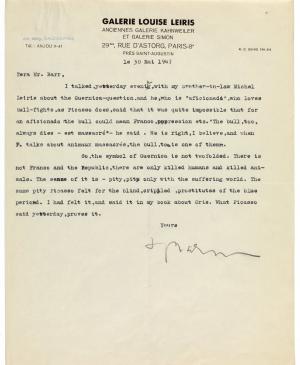 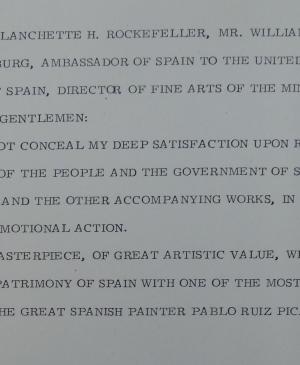 A speech on Spanish diplomacy upon signing for the delivery